Unfortunately, few of the books I’ve read have been useful, as the advice offered rarely applies to children who are neurologically and developmentally atypical.

Also, many of them are horses—t.

Each book I’ve read contradicted the one before. And while the content is different, they all do a fantastic job of describing how horrible my children will become should I fail to follow their advice.

My first foray into this world of bestselling confusion was made when I was pregnant with my son. At the time I was living in England, where the most popular baby book on the market had been written by a dour and frightening neonatal nurse who seemed to hate parents.

From page one she made it clear SHE was the only one who understood babies, everyone else was WRONG and that under no circumstances were you to trust YOUR instincts because she was the S—T and you were just some slack-jawed slob who probably didn’t even know she was having a baby until you tripped over the umbilical cord on your way to the kitchen for more pork rinds.

In Nurse Happy’s world, babies needed to be kept on a rigid schedule or they would become confused and miserable and grow up to be criminals. Or lawyers. If your baby didn’t wake at 7 a.m., the time given on her schedule, you dragged that lazy little f—ker out of his crib and made him snap to it. If he didn’t eat or nap at the exact time she said he needed to, then he was a manipulative bastard who needed to be shown who was boss.

I then turned to a book that advocated a softer approach, one based entirely on the premise that African babies never cry. Like, ever. This is because African mothers are the only ones in the entire world who know what they’re doing. (So, you know, nice try, Asia Minor.) Unlike their dips—t counterparts on the other continents, African mothers understand that only babies who are strapped to their mothers all day, fed on demand and put to sleep in hammocks grow up to be well-adjusted individuals. African babies are also toilet-trained by the age of six months, talking by seven months and by the time they take their first steps — at exactly nine months — are capable of rudimentary calculus. If you don’t believe all of this then you are a jaded a—hole who has obviously never been to Africa, unlike the author, who has. Twice.

Completely overwhelmed, I switched to biographies about serial killers, paying acute attention to their early childhood years. I figured even if I didn’t know the best way to parent, I could at least avoid damaging them to the point where they killed people and made suits out of their skin. What can I say? I aim high.

It was almost a relief when my children were diagnosed as neurologically and developmentally atypical. There are significantly fewer books on kids with special needs and the experts in this field tend to agree with each other.

And yet, every now and again I have a sort of religious revival when it comes to parenting books, thinking “this one will be different.” I can almost hear Amazon laughing at me when I click the “Place Your Order” button. It was during one such lapse of judgement that I became the disgusted owner of a book that made the staggeringly brilliant observation: “Parents have been parenting a long time.”

I was actually compelled to buy my most recent parenting manual by the teachers at my son’s Montessori school. The book they recommended promised “enhanced communication” between parent and child, and an end to “the fights, nagging and distance” that, according to them, plague all modern families.

Reading it is like having a front-row seat to the world’s most bizarre s—tshow.

The following is the type of exchange the authors insist are taking place between parents and kids across the country every day:

Bobby: (slamming the front door) That Timmy makes me so mad!

Father: Don’t say that! Timmy has been such a good friend to you!

Father: I do understand! You are just so ungrateful!

Bobby: (stomping out of the room) You never listen to me! I hate you!

Maybe we just haven’t reached that age in our house — my children are only 6 and 5, after all — but are kids and parents really this dramatic? I mean, apart from on the Lifetime channel? For that matter, when was the last time you came across a male under the age of 40 with the name Bobby? Little boys these days are all named after activities or trades (Hunter, Cooper, Mason). Hell, in the South I’ve come across a Walker, a Butler and a Baker.

Also, what’s the dad is doing home in the middle of the afternoon?

Suspending my growing disbelief, I kept reading and learned how the dad should have handled the situation:

Bobby: (slamming the front door) That Timmy makes me so mad!

Father: You are really mad.

Bobby: Yeah, I want to punch Timmy in the face. He won’t sit next to me at lunch.

Bobby: It’s all because I didn’t choose him first in gym class for our kickball team.

Bobby: But I had already promised Joey I would pick him first because he picked me first last time.

Bobby: I know, I’ll promise to pick him first next time, then he won’t be angry anymore. Joey would understand.

See how the dad handled that? He hardly said a thing. He echoed his son’s sentiments, didn’t question his feelings or tell him how to think and made noises encouraging him to talk through the issue at hand. This way, Bobby solved his own problem, there was no major conflict between father and son, and Dad can go back to looking through the want ads for a job. Or drinking. Probably drinking.

I tried it on my own kid, whose main problem is fear: he is or claims to be afraid of everything.

The other night he came into the living room after I put him to bed.

Now, I know for a fact that the kid’s room is lit up by two night lights and a fish tank. The old me would have said:

And he would have. And if any damage had been done, I would have been blissfully unaware of it.

But because his teachers want all the parents in his class to be employing this technique, I tried it.

Me: You are scared.

Son: I just said that.

Son: (concerned) Mommy, are you okay?

Obviously, the technique didn’t do much for us. But when I checked back with the book, I got the disclaimer the authors put at the end of the chapter. It said, essentially, that if the technique is unsuccessful, you’re doing it wrong. How could I do it wrong when it involves saying jacks—t? As I kept reading the authors went even further with this theme. “This technique won’t work on every child,” they wrote, almost gleefully, no doubt high-fiving each other because they already had their advance from the publisher.

What the hell, authors??? Are you telling me I shelled out $12.99 plus tax to be told that either I’m failing your simple formula or that my child won’t fit into your mold? I could have told myself that for free.

My kids have really specific issues that I have yet to see a parenting manual address.

If I could ask any parenting experts out there for some help, I would ask them to answer the following questions in their next manual, which I will totally buy because I’m still a complete sucker:

1. My child would like to wear mascara but is only 6 years old. And has a penis. What do I tell him when he asks every single morning?

2. My son has autism. After a long day at school he will self-soothe by running in frantic circles around the house, humming or grunting as loudly as he can. How many minutes do I allow him to do this before pouring myself a stiff drink?

3. How much psychological damage will I cause when I start withholding affection from my daughter in an effort to potty-train her? I ask because all the typical incentives — stickers, sweets, a convertible — don’t hold any appeal for her and yes, she’s mentally several years younger than her chronological age but the fact that she changes her own diapers makes me think she could totally do this if she put her mind to it. And please remember, the question isn’t whether I should play mind games with her but how much will I need to put away for her later psychological repair, because this s—t is so on, no pun intended. (Extra credit: What would Freud have to say about her protracted stay in the anal stage? Extra, extra credit: If Freud were a modern-day parenting guru, what would the title of his first book be? His domain name?)

4. When your child draws a toilet on the sidewalk with chalk and then proceeds to avail himself of said commode, do you punish him or applaud his creativity? What do you say to the officer responding to the neighbors’ complaints?

5. How do I fairly and effectively settle a fight over a piece of string? A piece of f—king string.

6. Either one or both of my children are frightened of the following:

How much of this can I blame on the fact that their father is British?

Experts, I await your wisdom. 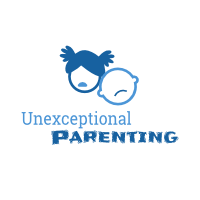